SAT (Scholastic Assessment Test) is a standard test, used for taking admission to undergraduate programs of universities or colleges of the United States. SAT is developed and published by the College Board, an organization in the United States, administered by the Educational Testing Service. In this article of AKVTutorials, you will get Princeton Review 1400 Guarantee Book Review | Practice Test 21 AMBiPi.

Before purchasing the Princeton Review for SAT Exam, there are following chapters in this book.

Part 2: How to Crack the Reading Test

Part 3: How to Crack the Writing and Language Test

Part 4: How to Crack the Math Test

Part 5: How to Crack the Essay 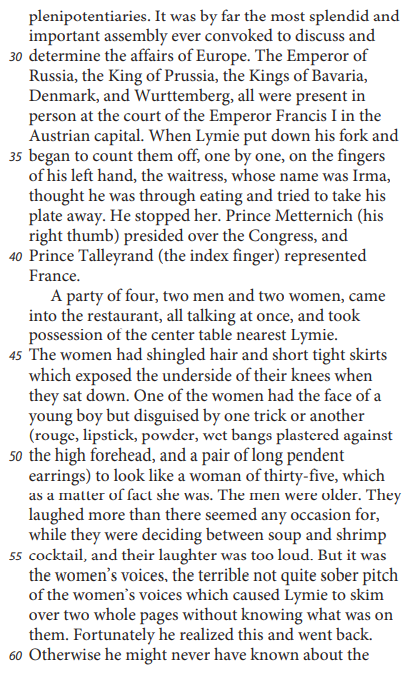 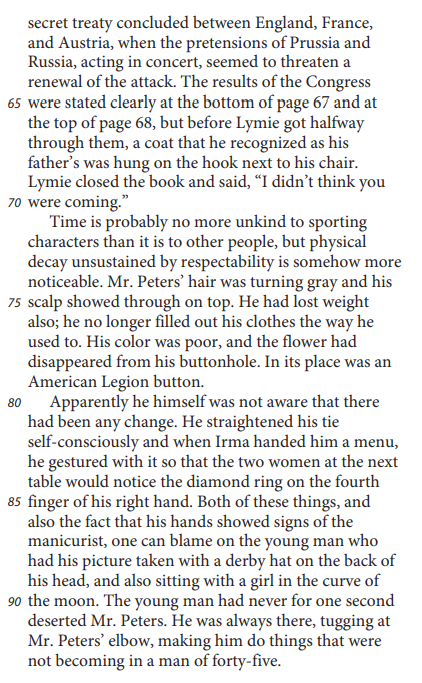 Throughout the passage, the primary focus shifts from

Option A: Lymie’s inner thoughts to observations made by the other characters.

Option B: an exchange between strangers to a satisfying personal relationship.

Option C: the physical setting of the scene to the different characters’ personality traits.

Option D: Lymie’s experience reading a book to descriptions of people in the restaurant.

The main purpose of the first paragraph is to

Option A: introduce the passage’s main character by showing his nightly habits.

Option B: indicate the date the passage takes place by presenting period details.

Option C: convey the passage’s setting by describing a place and an object.

Option D: foreshadow an event that is described in detail later in the passage.

It can reasonably be inferred that Irma, the waitress, thinks Lymie is “through eating” (line 37) because

Option A: he has begun reading his book.

Option B: his plate is empty.

Option C: he is no longer holding his fork.

Option D: he has asked her to clear the table.

Option A: are noisy and distracting.

Option B: are a refreshing change from the other customers.

The narrator indicates that Lymie finally closes the history book because

Option A: his father has joined him at the table.

Option B: the people at the other table are too disruptive.

Option C: he has finished the chapter about Congress.

Option D: he is preparing to leave the restaurant.

The primary impression created by the narrator’s description of Mr. Peters in lines 74-79 is that he is

Option A: healthy and fit.

Option B: angry and menacing.

The main idea of the last paragraph is that Mr. Peters

Option A: neglects to spend any time with his family members.

Option B: behaves as if he is a younger version of himself.

Option C: is very conscious of symbols of wealth and power.

Option D: is preoccupied with the knowledge that he is growing old.

Which choice best supports the conclusion that Mr. Peters wants to attract attention?

As used in line 93, “becoming” most nearly means